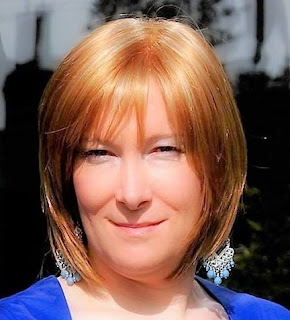 Monika: Today it is my pleasure and honour to interview Rachel Reese, who trained be a Solicitor, transgender activist, Vice-chair of the Law Society’s LGBT Lawyers Division Committee, former Avionics Software Engineer working within the defence sector at GEC Avionics Ltd (now British Aerospace), trustee of Give Out, a charity that funds LGBT+ causes worldwide, the founder of Global Butterflies, a consultancy that helps firms develop trans and non-binary inclusive work environments. She is a co-author of the 2019 Lloyds of London Trans & Non-binary Guide. In 2017 she was nominated for the European Diversity Award’s, Coca-Cola Hero of the Year Award.

Hello Rachel! In the introduction I have listed only some of your positions. Do you have any time for yourself? 🙂
Rachel: Hi Monika, great to meet you. You know it’s got pretty crazy timewise but I love my life and the work I do. Time management is key but my motto (and my partner Emma) is “you have to have a little fun every day”, and we do. The people in all the organisations I volunteer for are amazing and fun, so it doesn’t feel like work at all.
Monika: You started your career in avionics as a software engineer. Why did you decide to give it up and become a lawyer?
Rachel: When I started in defence, in the late 1980’s, I spent a great deal of time in front of a computer writing computer code, and didn’t really meet and speak with other people. So I moved in to the HR & Training function (to meet actual people) just after the Berlin Wall came down and defence market collapsed, I spent a lot of time working on contracts and visiting employment tribunals, and that is where I got my taste for law. My brother and sister are also both Solicitors.

Monika: I read in one of your former interviews that you transitioned twice. You had some second thoughts or butterflies after the first transition?