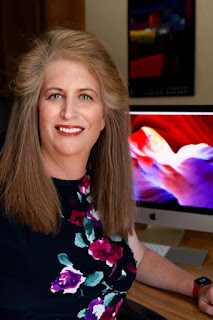 Monika: Today it is my pleasure and honour to interview Robin Diane Goldstein, an American transgender rights activist, former talk-radio host and stand up comedian, blogger, former Senior Engineering Manager, former Principal Counsel, and currently Senior Manager of Health Special Projects at Apple Inc. in Cupertino, California. Hello Robin!
Robin: Hi Monika. Greetings from the heart of the Silicon Valley.
Monika: Could you say a few words about yourself?
Robin: When I started as a talk radio host I described myself as a “Straight, White, Buddhist, Vegetarian, Lesbian Fraternity Boy trapped in the body of a Recovering Transexual Woman Patent Attorney with a Bizarre Sense of Humor and a Master’s Degree in City Planning.” Add in the fact that I make a great New York Style Cheesecake, and I think you’ve got me pretty much figured out.
Monika: I saw your short story in The New York Times series titled “Transgender Today.” Why did you decide to come out to the general public?
Robin: I’ve been out from the beginning and as you kindly note in my introduction, was politically active early on. But as time went on I recognized that activism can take many forms, sometimes large and public, and sometimes smaller and more intimate.
I think every person who finds the courage to expresses their true self to the world is an activist, and sometimes that’s more effective on a small stage, changing hearts and minds one person at a time. And so that’s what I focused on doing for the last 20 years. Then suddenly transpeople were everywhere telling “our” stories, and I thought, “no one can tell my story but me”, so I wrote the short essay for the New York Times. 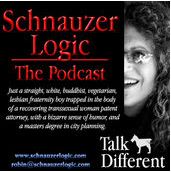 Monika: At what age did you transition into woman yourself? Was it a difficult process?

Monika: The transgender cause is usually manifested together with the other LGBTQ communities. Being the penultimate letter in this abbreviation, is the transgender community able to promote its own cause within the LGBTQ group?

Monika: Are you working on any new projects now?

Robin: As I type this I’m a few days away from my 60th birthday. That feels strange because I don’t feel 60, don’t think I look 60, sure as shit don’t act 60, and am not sure how I got here. In many ways I’m still trying to figure out what I want to be when I grow up.
So for new projects I’d say I’m spending a lot of time learning to play the guitar, looking for a new outlet to scratch my performance itch, and want to take everything I’ve learned about people and products and experience and transform how we think about health and medicine and technology.
Monika: What would you recommend to all transgender girls struggling with gender dysphoria?
Robin: Write this on a piece of paper, read it when you get up in the morning, read it before you go to bed at night, and keep it with you during the day: You are enough exactly as you are. Right here. Right now. There is nothing wrong with you. No permission is needed. No apologies necessary. All the universe asks is that you try to become the best you, you can be. You get to try anew every day.
Anyone tells you different, they can answer to me. If you want to change, do so not because you think it will make you better or happier, but simply because you want to experience change. And if you don’t like what you’ve become, change again.
People are not looking at you, thinking about you, or judging you as much or as often as you think they are. They’ve got their own shit to deal with. It took getting kidney cancer followed by a brain tumor to become enlightened and here’s what I learned: My friends love me for exactly who I am. Everyone else can go fuck themselves. You don’t need to get cancer to discover this truth. Be kind to yourself.
Monika: My pen friend Gina Grahame wrote to me once that we should not limit our potential because of how we were born or by what we see other transsexuals and transgender people doing. Our dreams should not end on an operating table; that’s where they begin. Do you agree with this?
Robin: Allow me to edit your wise friend, Gina.We should not limit our potential. Our dreams should not end. Enjoy every sandwich.
Monika: Is there anything else you’d like to share?
Robin: I always wanted the opportunity to answer the 10 Bernard Pivot questions (the ones James Lipton asks on Inside the Actor’s Studio). Since I’m not likely to ever be on his show, maybe I could take a swing here?
Monika: Go for it!
Robin: Thanks… here goes:
1. What is your favorite word?
PIZZA
2. What is your least favorite word?
CAN’T
3. What turns you on creatively, spiritually or emotionally?
SMART/FUNNY/FAST – EVERY NEURON FIRING AT ONCE
4. What turns you off?
PEOPLE WHO SEE LIFE AS A SERIES OF PROBLEMS
5. What is your favorite curse word?
MOTHERFUCKER
6. What sound or noise do you love?
LITTLE KIDS LAUGHING
7. What sound or noise do you hate?
THE SOUND OF ANY ANIMAL IN PAIN
8. What profession other than your own would you like to attempt?
PHYSICIAN
9. What profession would you not like to do?
PIMP
10. If Heaven exists, what would you like to hear God say when you arrive at the Pearly Gates?
YOU MADE ME LAUGH!
Monika: Robin, thank you for the interview!

All the photos: courtesy of Robin Diane Goldstein.